What does your dog see when it watches TV? Does he / she get excited when another animal?appears on it?

It seems that dogs can recognise images of other animals without needing other senses than sight.  According to a 2013 report, they can make out faces of other dogs. What is more, they even have a preference for one face over another! This area of study has been the focus of Nena Douglas at the University of Central Lancashire. Dogs like to watch other dogs, and preferred sounds include barking and whining!

When it comes to the TV, it seems that there is a demand for material of interests to dogs! DogTV streams content in HDTV specifically aimed them. HDTV broadcasts more frames per second than old-school telly. This is important, because dogs recognise images quicker, than we do.  Older TVs with fewer frames would only appear to flicker to your dog.

Also, dogs have dichromatic vision, which means they can only see two primary colours – yellow and blue. This is something that DogTV, has apparently considered, as it even has chillout dichromatic simulation modes for your dog to relax to. For example, it can view other dogs lounging around in tranquil surroundings!

What also seems likely though, is that while some dogs like to watch other dogs on TV, they like short snippets of a few seconds to long bursts.  In other words, our own attention spans might be waning, but they are probably not quite as short as our pooch’s just yet. 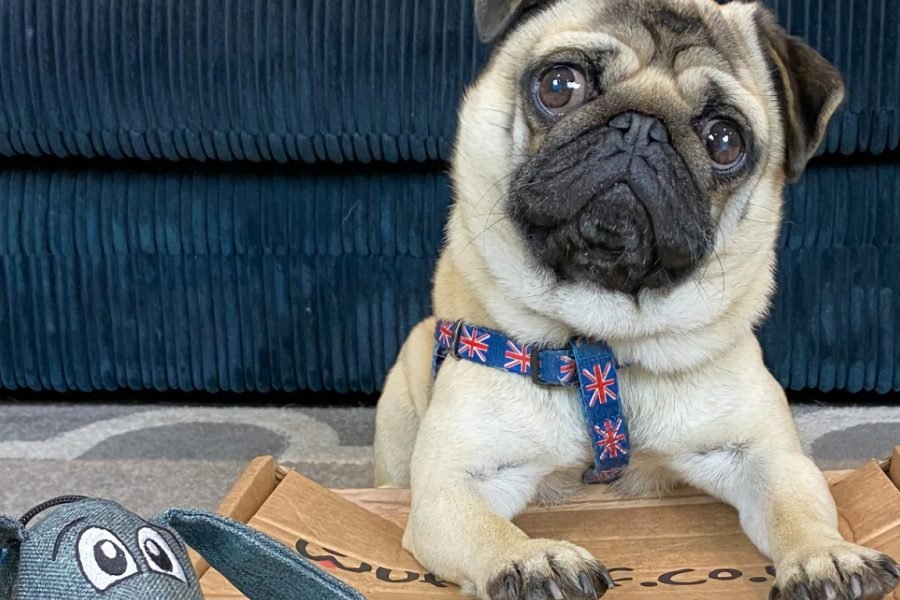 Providing Some Light Relief During a Lockdown: Pangpang the Pug and WufWuf!

What is the most popular dog breed in the UK right now?

DIY Halloween Costumes for Your Dog